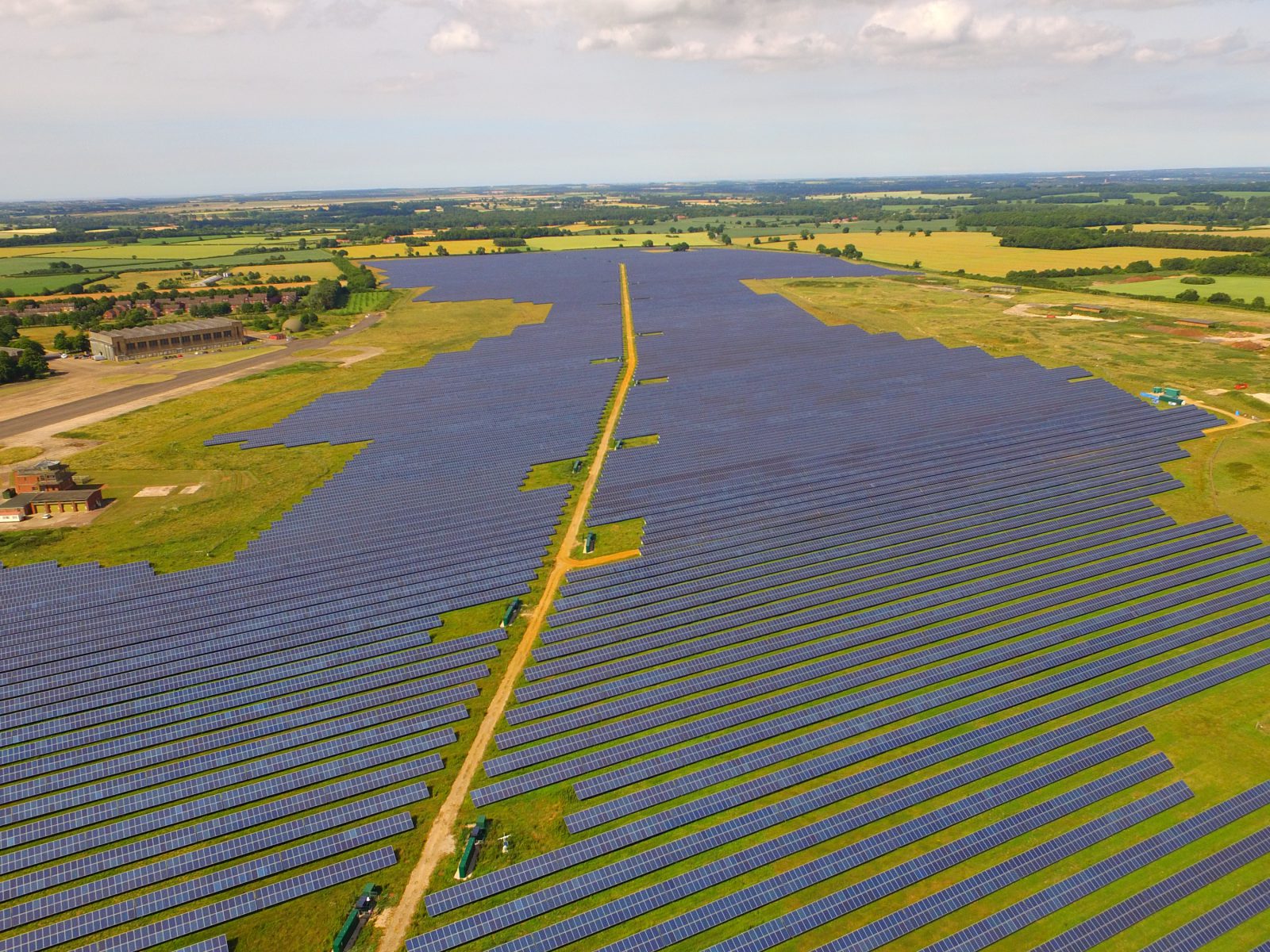 The Bluefield Group advised on the acquisition of a 50MW farm in 2015, which was the largest solar farm in the UK at the time of construction.

It sits on c.300 acres of an ex-RAF base in the north Norfolk countryside. Bluefield Partners LLP worked with Trina, the owner of the development, on the acquisition pre-construction and acquired the site post-grid connection. The solar farm provides this historically important area with another notable chapter. In the first half of the 18th century local landowner, Charles Townshend, drove the agricultural revolution via the initiative of crop rotation which, arguably, precipitated the industrial revolution. The 20th century saw the site was used as a key RAF base in the Second World War and now, in the 21st century the site provides the next era defining activity by producing renewable energy.