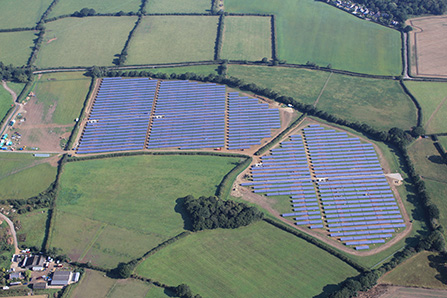 Cables between centralised inverters and transformers became burnt in mid-July and caused immediate shut down of the farm.

The Asset Management team immediately realised the defect was due to faulty design and chased all relevant contractors to re-design cables size and trays, to purchase, deliver and install new suitable materials on site and to re-energise the plant in just two weeks.

In the meantime, the Asset Management team raised a claim to the insurer which, after four months of negotiation and chasing, resulted in the SPV to be re-paid for the cost of repair and the loss of revenue.

Not only did Bluefield ensure the solar farm was restarted in a very short time, minimising downtime and loss of revenue, but the team escalated the situation to the insurer and eventually achieved a £135K payment for the client.